“Ask not whence the thunder comes” Jack the Giant Slayer. 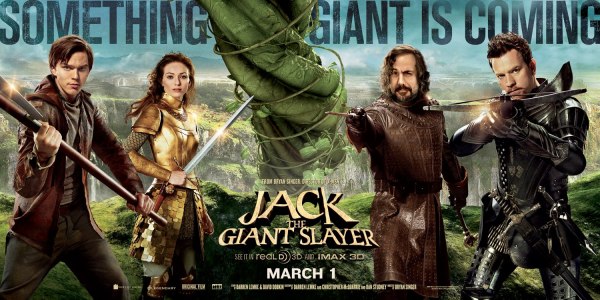 We all know the story, Jack trades a cow, or a horse in this case, for some magic beans which accidentally sprout into a massive beanstalk. Said beanstalk acts as a ladder to the land of the Giants which lies between earth and heaven. In this story, the unlucky Princess of Cloister happens to be in Jacks house when the bean stalk erupts and takes her and the house up the stalk to Giants-ville. Jack volunteers to go along with the royal guards to save the Princess, and then some adventuring ensues.

I felt the story could have been more imaginative, there was a twist of sorts and some funny exchanges between humans and giants but generally a little lacking on surprises. Hoult as Jack the lowly farm boy is quite charming. But I felt anybody could have played this role really – mid twenties, a bit lanky, an English accent, boom you’ve got yourself a Jack. That can be said about the whole cast. The Princess is played by Eleanor Tomlinson, she was just fine at playing the headstrong Princess, bored with her lot and seeking adventure, but also being totally useless and needing a man to save her. Her Father King Brahmwell is played by Ian McShane, I enjoyed his role however his armour always made him look miniature which was quite distracting. He had a Lord Farquaard vibe going on.

On the other hand, Stanley Tucci’s character Roderick played a great villain. Much like Jafar from Aladdin, Roderick is the Kings right hand man as well as being betrothed to the Princess, how ever he has a hidden agenda (which is seen in the trailer, cue funny line “Excuse me, I’m talking to Giants now”). He brought some laughs along with his sidekick Wicke played by Ewen Bremner (that chap with the big nose from Trainspotting). Bremner played the cartoon-esque character, a bit dim with childish humour and some physical comedy.

For me though Ewan McGregor was the one keeping me interested in Jack the Giant Slayer, playing the character Elmont – leader of the King’s elite guard. Loved the hair and his black leather armour with silver studs, smooth! He has some funny lines and great exchanges with the Giants including being wrapped up in pastry like a pig in a blanket. His fellow guardsmen are not very memorable except of course Eddie Marsan who is just a character in himself.

The giants themselves are lead by the two headed General Fallon, voiced by Bill Nighy as the big head and John Kassir making gargling noises as his mentally challenged smaller head. The Giants all had individual characters which were entertaining and made the story a little more interesting. Especially when relationships amongst the Giants are laid bare and strains in the group surface. All of the Giants looked to be CGI which was fair enough but there were instances of actors looking blankly at something that wasn’t there. The animation reminded me of 2007’s Beowolf, which isn’t necessarily a bad thing (I actually really liked that film). But perhaps felt a little dated. That could be due to the design of the giants though, some with almost cartoon like features. 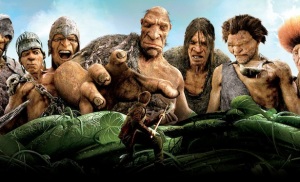 Some excellent CGI came the first time the bean stalk erupts from the ground underneath Jacks house. It rips apart the house and then takes it with it as it soars into the sky with Jack clinging onto the outside. The storming wind and rain as well adds some good dramatic effect. Another good part of the film is when the Giants come to earth and start charging through the trees as Jack pelts towards the city on a horse yelling RUUUUN! This did make me pay attention, and the film picks up a lot from this point.

The ending is a cliché of course, but it is a family film so can be forgiven. I wanted more from Jack the Giant Slayer but the plot was a bit lazy for me. Entertaining at the time, but a very easily forgotten film.

6 thoughts on ““Ask not whence the thunder comes” Jack the Giant Slayer.”

What do you think? Cancel reply

Thanks for stopping by! 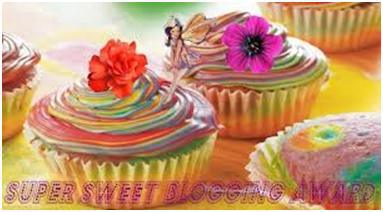 Manchester-based food blogger, lover of all things food and drink.

Love of life and film, my POV

disasters of a thirtysomething

my awkwardness for your amusement

emmakwall (explains it all)

Marshall and the Movies

A Stairway To Fashion

imagination is the key

Film The Madman
ss_site_title
Movies of the Soul

Damian Mark Whittle. Outsider travelling through weird places. Happily asexual and a friend to all cats.

The In(s)ane Ramblings of a Talentless Hack

I watch a lot of films. And then I write about them.

taestfulreviews
THE BOOKS THAT TIME FORGOT.

Reviewing books that time has passed by.